7 Reasons Why People Are Flocking to SoCal

7 Reasons Why People Are Flocking to SoCal 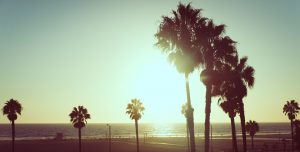 Southern California is growing daily, and it isn’t going to stop because there is no end to the benefits this area has to offer. From the beaches to the mountains and on to the deserts – SoCal has it all! Living here is like being on vacation every day. People from all over the world are moving to SoCal, and for good reasons. As a real estate agent with many years of experience in Southern California, Louise Suchanek has seen the population grow tremendously. There are many reasons why people choose to move to Southern California, but here are the seven most common ones.

Finding a job in Los Angeles or the surrounding cities isn’t too difficult. The population is rising, but the unemployment rate is dropping, which is a great reason for people to consider moving to the area. Starting a business is a bit expensive, but there are plenty of career opportunities available. Louise Suchanek can help buyers find a home within a short distance of any job location.

It’s hard to have a bad weather day in Southern California. The sun is almost always out with a gentle breeze making the temperature feel just right. The great weather is a reason why residents never want to leave, and it’s one reason why Louise Suchanek has been a resident of the area herself for nearly her entire life.

The weather plays a role in the positive lifestyle and culture among most of the residents. Since being outdoors is almost always possible, SoCal residents tend to have great fitness habits and have a positive attitude in general. Not many people are uptight, so it’s quite simple to get along with whoever your neighbors may be.

Residents of Southern California have embraced diversity over the years, since people from all over the world flock to the area. This is one of the biggest changes Louise Suchanek has seen throughout the years, but the overall culture of SoCal has accepted the diversity rather than push it out. In fact, many people move to the area to reinvent themselves due to the diverse population.

Louise Suchanek can provide a long list of great restaurants to try in any given area in SoCal. There’s something for everyone, whether they like one certain type of food or want to try a little bit of everything. Look at any guide to the best restaurants in the country and chances are there will be many of them from Southern California on the list.

Safe Neighborhoods for Raising a Family

Individuals flock to Southern California for various reasons, but families do as well because of the safe neighborhoods. San Gabriel Valley is known for having some of the best neighborhoods for raising a family, and Louise Suchanek has helped hundreds of families relocate to the area over the last several years.

Real estate investors worldwide believe Southern California to be one of the best areas for their portfolios. Knowing the different areas in SoCal is important when making an investment decision, and Louise Suchanek can provide this knowledge in many ways.

Whether people are looking for a single-family home, an investment home or anything in between, Louise Suchanek is the preferred real estate agent in Southern California’s San Gabriel Valley. The population isn’t going to be decreasing, so if you’ve ever considered moving to the area, now is the time to contact Louise Suchanek to find the home of your dreams.